So this is worth blogging about, we took Tommy to a pumpkin patch.
#doitfortheblog. True story, I was scrolling through instagram like I do and there was blogger holding her baby in a sea of pumpkins with a bright blue sky. I was like that. I want that. 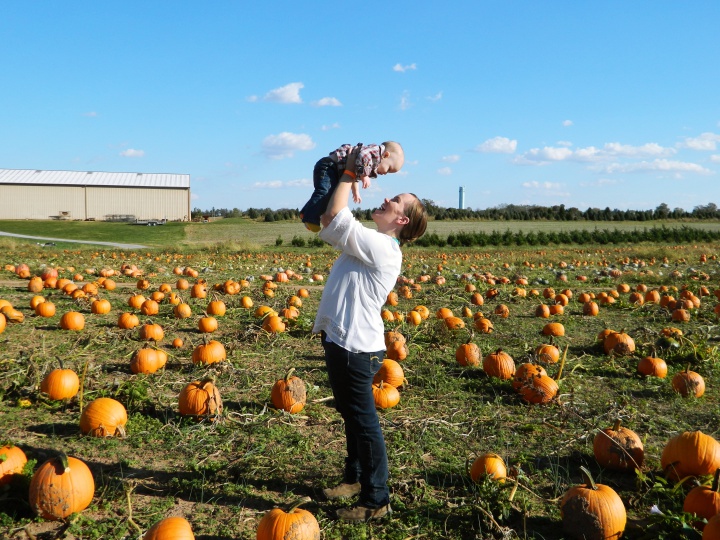 I told Tom we had to go to a pumpkin patch ASAP. We debated all morning if $6/a person was worth it for a picture of us holding the baby in a sea of pumpkins and decided heck yeah it is. I’m glad for it. 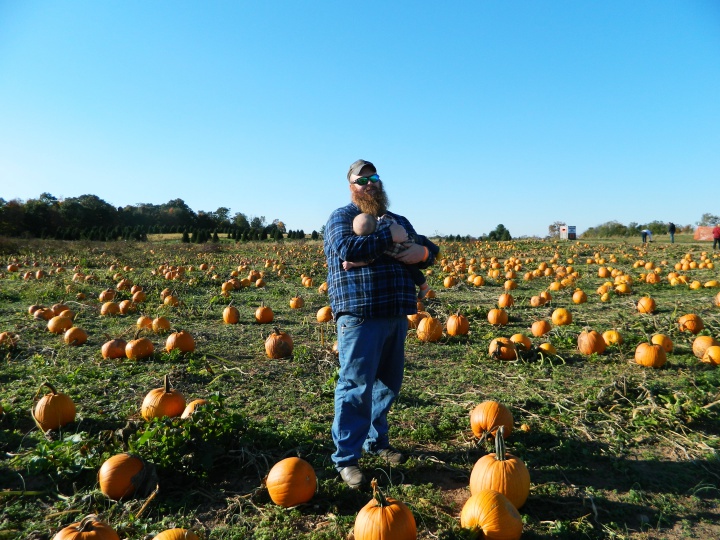 But Tommy fell asleep right as we got to the pumpkin picking part. The little stinker. This is him trying to stay awake next to the pumpkin I picked for him. Babies just can not hang sometimes. 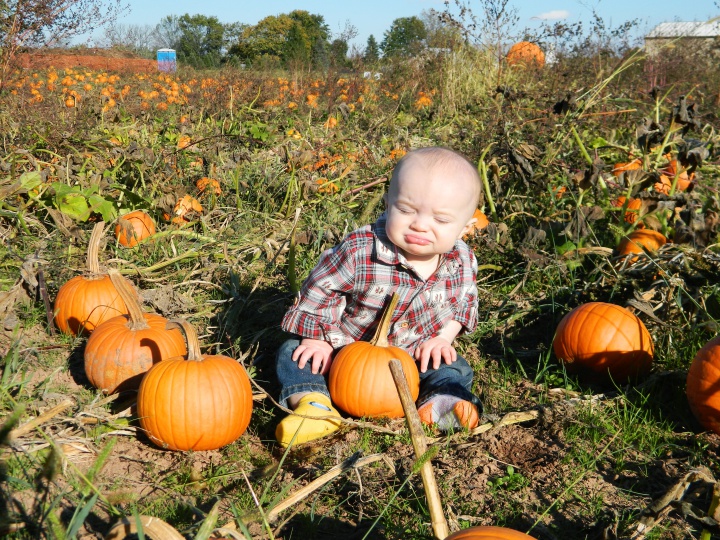 I’d like to say that I’m not the person who would keep her tired baby awake for a picture at a pumpkin patch. Except I am. I’m also the person who takes way too many selfies with her baby. 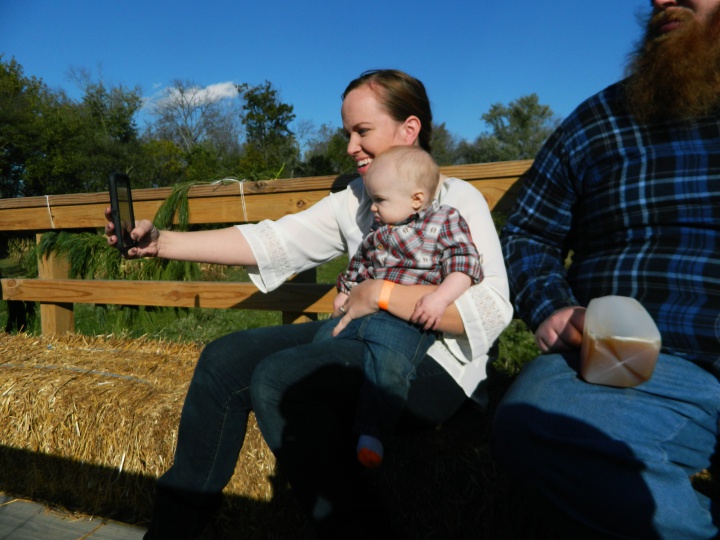 And I am a person whose baby accidentally slid off an especially large pumpkin and almost face planted while taking pictures at a pumpkin patch. It kind of made me question everything. Like why do I take pictures of my baby on pumpkins? 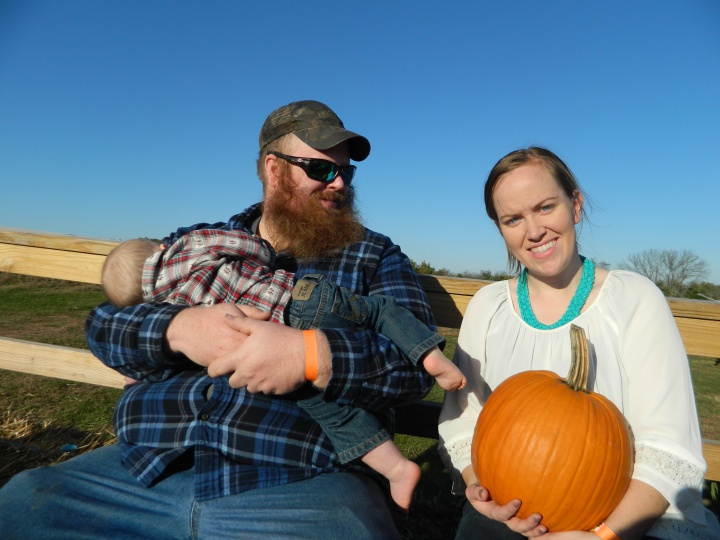 The truth is I don’t know. I know my photo taking game is too strong sometimes. Tom would say all of the time. But moments are where it’s at and sometimes moments don’t happen unless we make them. The fresh air, bright sky, pretty pumpkins and my baby fast asleep in his dad’s arm- that’s where it’s at. All the pictures are just so I can remember it better.

Let me know if your picture game is like mine and if a baby ever fell off of a pumpkin because of it. Part of me knows I need to work on being more present and less focused on taking pictures ALL OF THE TIME. Another part of me wonders if we would miss out if I did not insist on making memories to capture them. Like picking pumpkins which is pretty important.

Happy pumpkin picking and picture taking, guys. If you took yourself or your babies to a pumpkin patch just for the pictures just know you’re not the only one.