We Bought a Minivan, for Real.

We bought a minivan and it is a total God thing. Do you believe God loves us enough to care that we have a car to drive? We do because we’ve lived it.

Ever since we dated, Tom and I have struggled with our vehicle situation. I almost wouldn’t go out with him because he didn’t have a car for the longest time. It drove me crazy and was probably the number one point of contention in our relationship- him not having a car and my truck always breaking down. See Tom went to school to be a mechanic so I thought that meant he would have a car that ran. It was a struggle that continued into our marriage even though we had two vehicles that ran, most of the time. To his credit, Tom has never not been able to fix our cars, it’s just that our cars just needed a lot of fixing.

Before we we even thought about having a baby we for sure knew we needed to buy a vehicle- basically anything newer than the ’93 Honda and ’97 Ford pick-up we had. But that didn’t happen. So one day last week I was driving our Honda and smoke started pouring out of the hood. Our baby was asleep in the back seat. I panicked, pulled the baby out of the car, ran into a Roy Rogers and waited for the car to explode. It never did and we were perfectly safe. 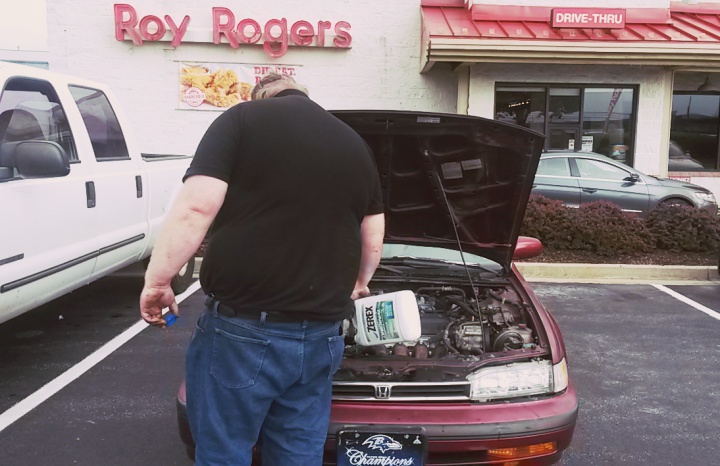 So our friend Josh has a car lot with his dad (shout out Josh) and literally one week before the car broke down Josh told Tom about a 2006 Town & Chrysler minivan they had for sale. Tom was transfixed for some reason and would not stop talking about this minivan. I ignored him because we didn’t have the money. Plus don’t you need to have like five kids to buy a minivan? Tom went ahead and applied for a car loan- bad credit score and all.

We bought it a few days later. 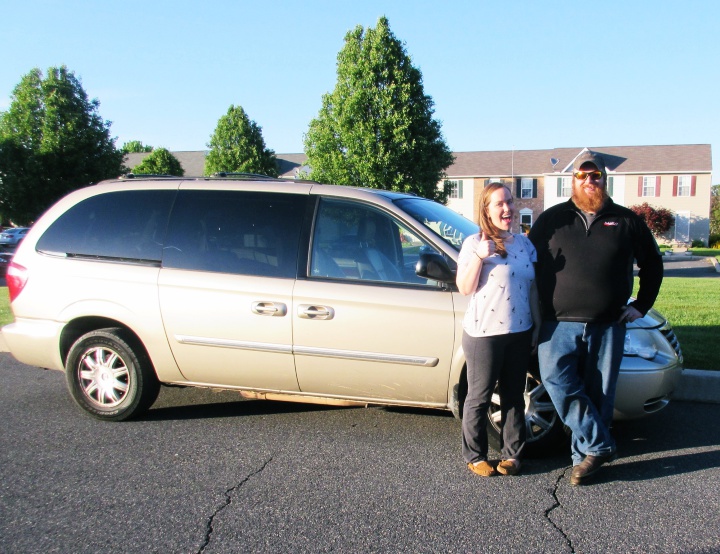 Luck? Not at all. Just the fact that our ghetto Honda didn’t catch on fire is proof that God loves us. And us buying a car newer than twenty years old? Oh man this is a big deal. We prayed and prayed about our vehicle situation and when I was sitting in that Roy Rogers I prayed even harder. God answers prayer. And this is proof. For real.

See neither of us wanted a minivan- we were those people, thought we were too cool and didn’t have enough kids. At least that’s what I thought, I have no idea why Tom didn’t want one. But then I had a dream that we bought this exact van and Tom for some reason just would not stop talking about it. It was like God saying hey get over what you think you need, I know exactly what you need and here it is- oh and it’s going to be so much better than you ever expected. Because it is. Vans are like the coolest cars out there, so much room. We could have a party in the back. A dog and baby party.

What is God blessing you with this week?