Week Three: We Went Out

Big news. I took our baby to the grocery store, two thrift stores and Ollies Bargain Outlet.
It is week three and we got out of the house. 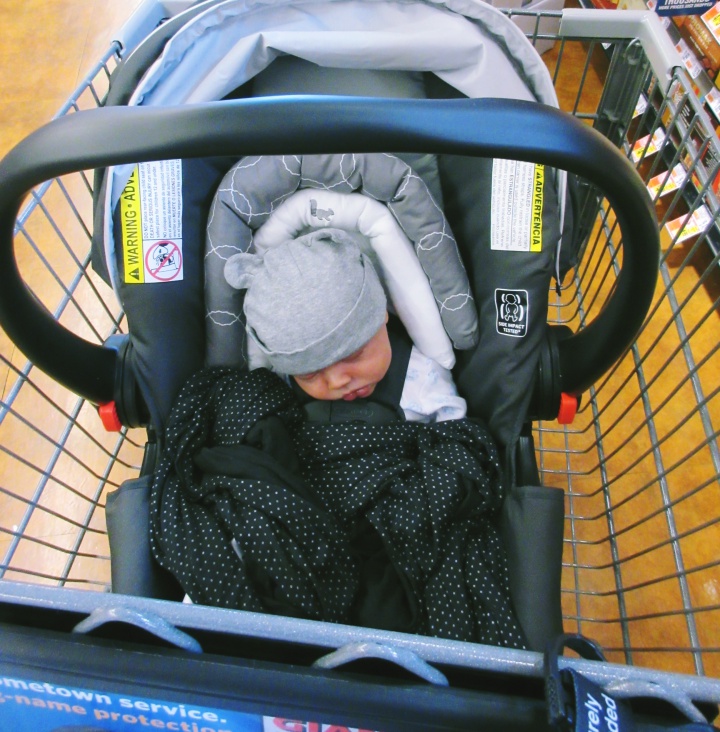 It all started because we ran out of 0-3 month baby outfits. I told Tom I needed to go to the thrift store to buy more baby clothes. He said I needed to do laundry. Update: I have done laundry since and Tom was totally right, our baby was way too many clothes.
Anyhow, we managed to get out of the house after two attempts.  I was torn between keeping the baby in the car seat or taking him out and putting him in our baby wrap. So I did both. The first stop I kept him in the car seat, then I fed him, and put him in the Solly wrap to carry him through Ollies and Goodwill. I was able to get him in the Solly wrap in four minutes flat in the Ollies parking lot and he fell right asleep; confirmation that the Solly wrap is the best thing ever. 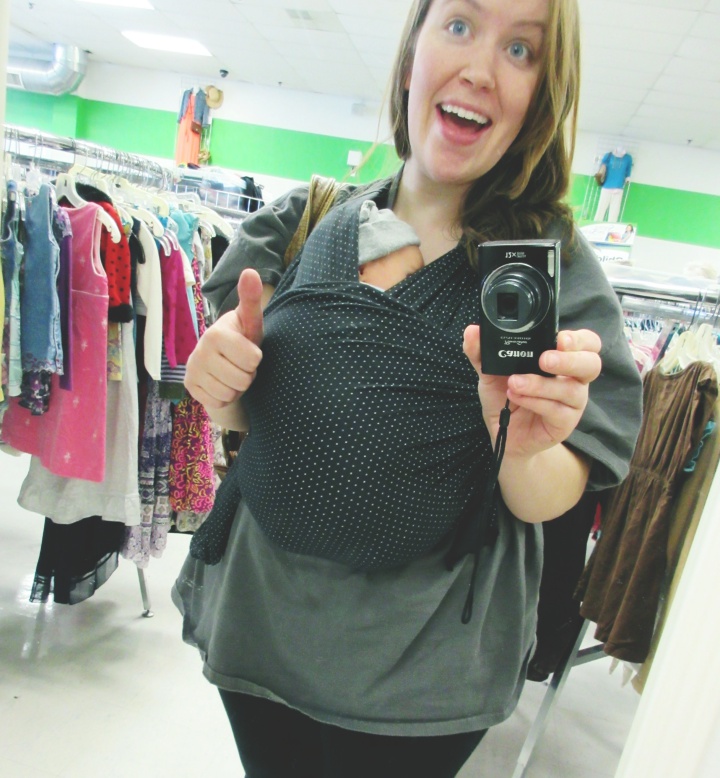 Carrying the baby on my own (his car seat is HEAVY- or am I just a wuss?) and feeding him in the Ollies parking lot made me feel like a super hero. Seriously. Our trip was a success for those reasons alone. I also scored three outfits for the baby and three outfits for me for $23.25 at Community Aid. That’s good right? Tom said he would have been impressed if it was under $6.00 but true story- thrift stores aren’t as cheap as they used to be- little baby pants were $2.99 a piece (whhatt).