Baby Life Day Four: You Can’t Put The Baby Back… 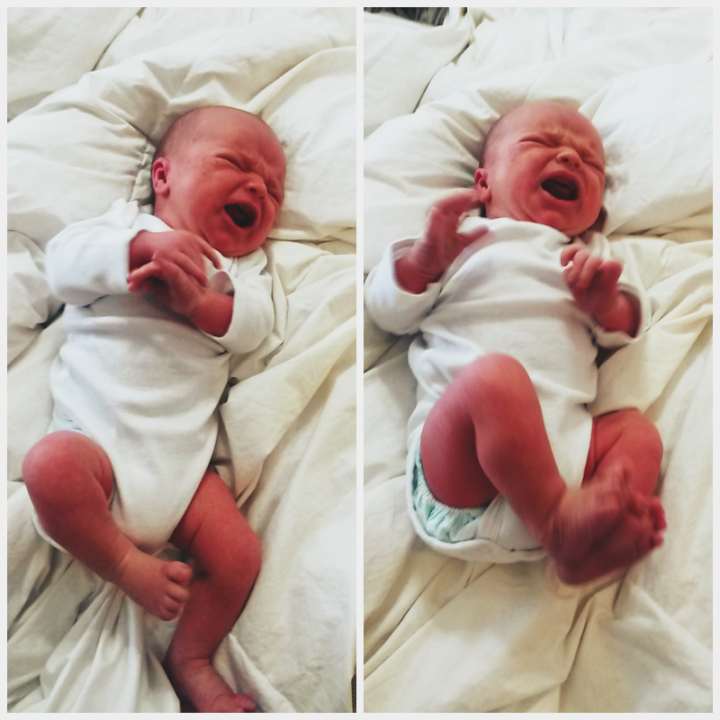 “You can’t put him back once he’s out.”, was just some of the great advice we got before our baby came.

Honestly, I thought what a ridiculous thing to say. Who would want to put their baby back? All my pregnant self wanted was for him to be out and it couldn’t happen soon enough.

Then he was out and it was 1:00 AM, or maybe not, I can’t remember but it was either really late or really early, and our new baby wouldn’t eat.

Instead he was punching me with his fists. You can guess where. In the hospital I couldn’t get him to latch correctly (that’s a big deal- latching correctly) and I had blisters, which he was punching as hard as a little baby can- pretty hard.

Yes I did. I broke into tears, just cried and cried until I couldn’t hear Tommy because I was crying louder.

And that is what no one tells you about bringing home your baby.
It is this hard.

Or they do tell you- they so tell you- but you don’t get it until your baby is out.
I lost it. Really lost it.

Tom rubbed my back, re-swaddled Tommy (after I threw the swaddling blanket across the room at him) and told me to calm down, go pump some milk in a bottle, that it would be okay.

Using a bottle felt like admitting that this whole thing was more than I could handle.
And it was. For that moment, it really was. I hadn’t told Tom or anyone that I was struggling with breastfeeding and if I admit it, I wanted to put Tommy back. Not forever, just for eight hours so I could sleep and try again. Apparently you can’t do that. Once your baby comes out, there will be a minute or a bunch when you get so tired and feel so helpless that you feel like calling your sweet baby a bad word, and it is totally normal to feel like that. I think. I think that’s what everyone is trying to tell you when they say “You can’t put the baby back once he’s out.”

Thank God for Tom; I actually forgot about being able to put milk into a bottle. He reassured me that Tommy would not starve if I couldn’t get him latched to my boob in the next three minutes. He also reminded me to pray.

So I prayed, took a few dozen deep breaths and tried again. This time I thanked God for our baby, admitted that I needed help, spoke words of love over our son instead of cursing him. I also cranked the Kari Jobe on Pandora. Tommy loves Kari Jobe.

It worked. Within minutes Tommy nursed and fell asleep. Then he nursed again in two hours, and again the next two hours and has been nursing every two hours ever since, I haven’t called him any more bad words and I’ve only wanted to put him back a few more times, just kidding but seriously. Phew. 21 week anatomy scan and all of your prayers

When it Comes To Fathers Week Three: We Went Out