917 days before this exact moment Tom Taylor made me scrambled eggs in his kitchen. He made his family some too, right then I decided I might want to marry him- we weren’t even dating yet.

There was an eternity between now and this, or at least 917 days which is close enough.

I saw his faith, his patience, his kindness, I saw him really really really mad.
Then I saw him hold out a ring, get down on one knee and ask me about forever.
It was a Saturday afternoon, I knew all day that he was going to propose. For two weeks and six days I knew Tom had bought a ring. The ring I picked out on Pinterest half a year ago. I found out because we got in a fight about if we were EVER going to get married. I brought it up for the 132nd time. I said something about maybe we weren’t suppose to date if we weren’t EVER going to get married. He said something about if you don’t want to be with me you should of thought of that before I bought a ring. A ring! He bought a ring. I cried. I asked him if it was the ring I had picked out. He told me to stop asking questions. 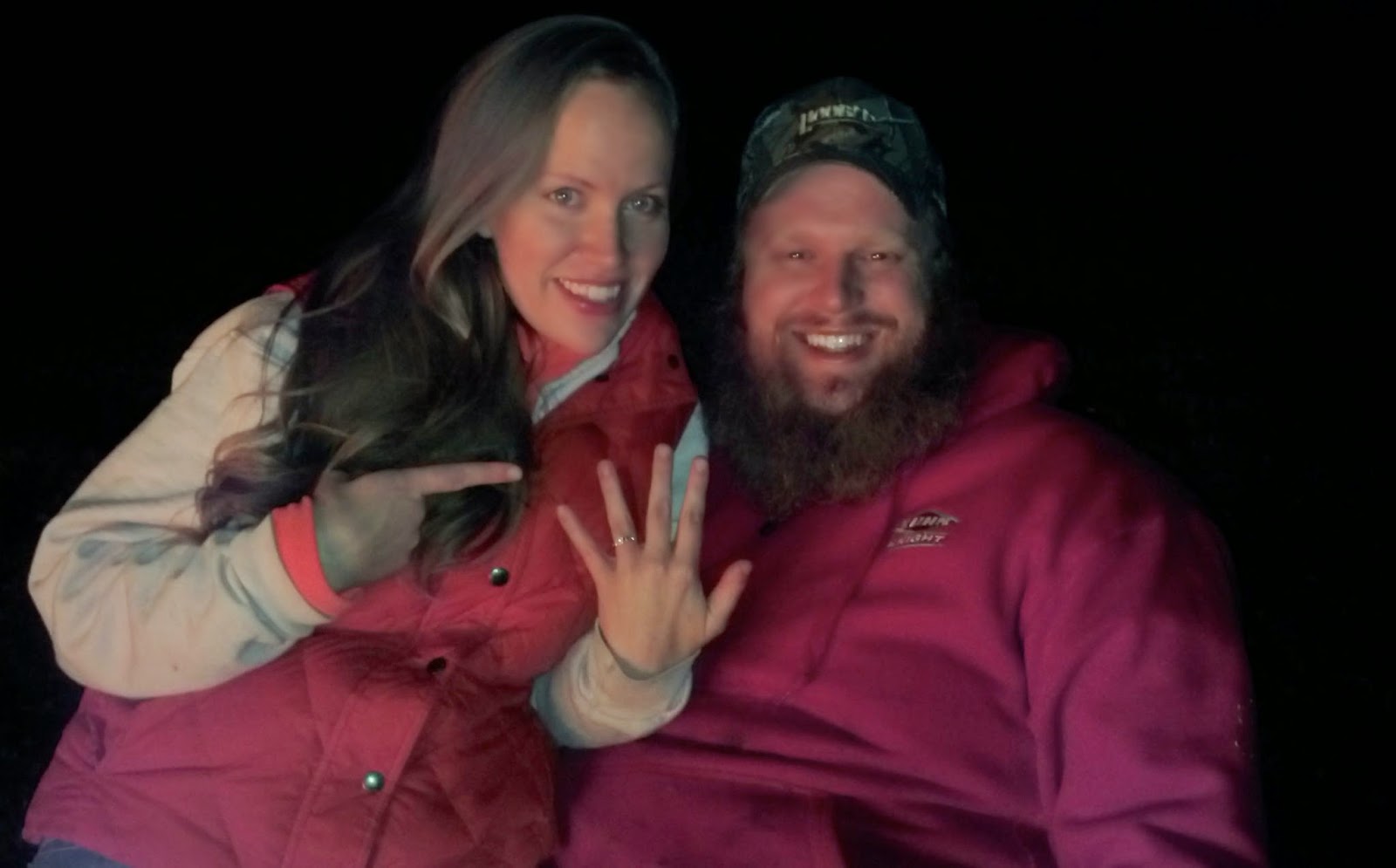 It was all pretty typical really, me being too impatient to let it just happen and him having it under control the whole time. Weeks went by (almost three of them). It was a wonder I did anything but stare at the picture of the ring. Then I overheard Tom ask my dad for my hand in marriage. They were in our living room and I heard the whole thing from the top of the stairs, he was so nervous- it was adorable. The next day my mom asked me “what’s this thing Tom is talking about?” I tried to look like I had no clue but she knew that I knew. We hugged and cried from excitement. I pulled up Pinterest and we started planning the wedding. Centerpieces and all. He still hadn’t proposed.

Back to that Saturday. Even though I knew he was going to propose, he picked the moment I was least expecting it- while I had our llama tied to a fence getting ready to brush him (we had family coming over that night and I wanted the llama to look good even if I didn’t have a ring to show off). It makes the story hard to explain because when I get to that part people ask “wait, you have a llama?”- which we do. Our llama is proof of how much Tom loves me.

Funny how 917 days feels like 917 years then all of a sudden your best friend is down on one knee in a field next to a llama asking you to marry him. It was pretty perfect. He is pretty perfect too and I can’t wait for our lifetime together.