You need to fix the belt. 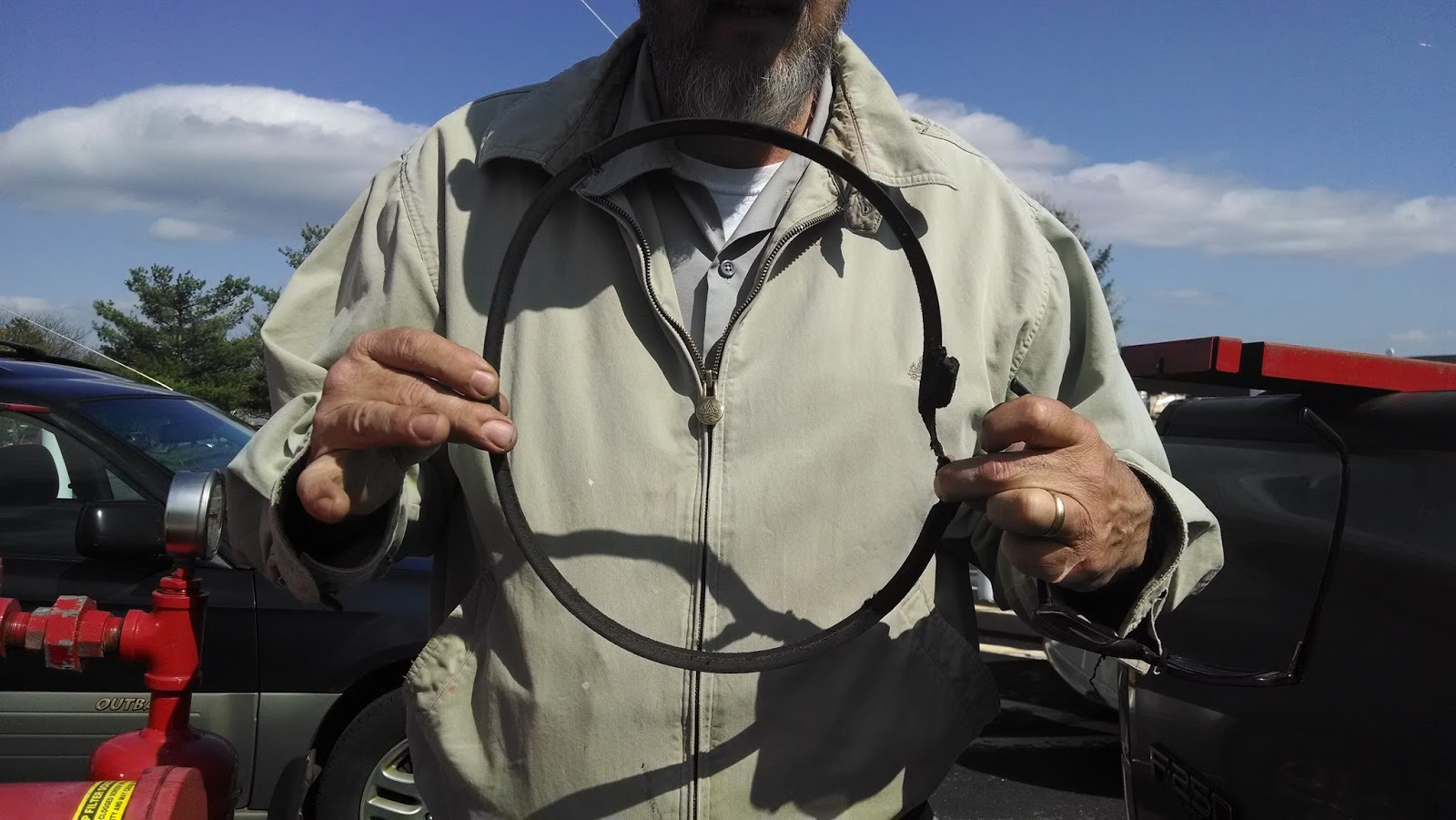 That is one broken belt to a very large (and very old) sprayer my department uses to spray a ton of water and a ton of disinfectant on anything that needs it. In this case tractor trailers scheduled to transport a ton turkeys and we needed it ASAP. Except this belt was broken.

If you guessed right, you’d of guessed I didn’t know the belt was even broken until this guy (Craig the Inspector-I -want- to-be) told me and showed me it was. Even when he showed me, I had no idea what we could do to fix it. Then Craig asked if I knew of any tractor part stores nearby.

Did I ever. My soon to be husband works at a tractor parts store that sells like belts and stuff. So I called Tom, we went to his work, replaced the belt and I felt like a bad ass.

But truth be told I had no idea how to fix that belt. Craig did. Craig thought to try the sprayer before we took it on the road. Craig didn’t give up when the pull start won’t start and Craig is the one who looked under (or was it inside) the sprayer and found the broken belt and yes Craig is the one who knew we could buy another one at a tractor parts store (not me, the fiance of a tractor parts salesman).
See why Craig is the inspector I want to be? To guys like Craig and Tom this isn’t even a thing worth talking about. The belt was broken, it got fixed- how is that even a story. But it is a story and an important one if you are like me- a girl in the ag industry (or any industry) who doesn’t know how to fix a belt on a piece of equipment.

You got to know how to fix the belt.

I’m not saying go out and take an ag mechanics class right now but pay attention. Don’t give up so easy, be resourceful and learn things you don’t think you’ll need. Mechanical things, especially mechanical things- be someone that knows how to fix the belt.

It’ll make all the difference when you go to spray the turkey trucks- trust me.